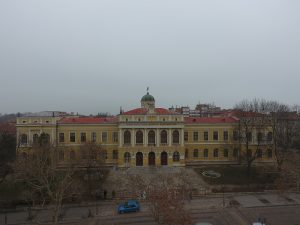 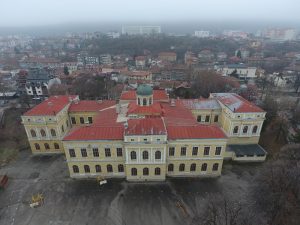 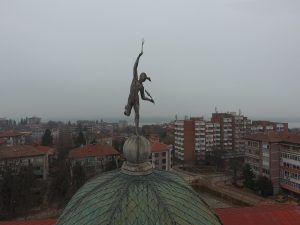 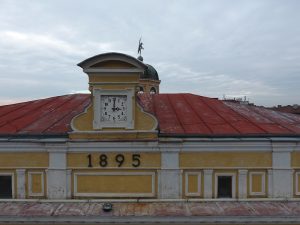 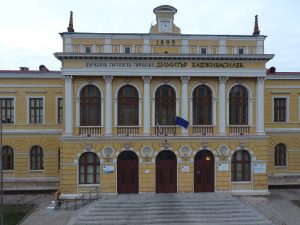 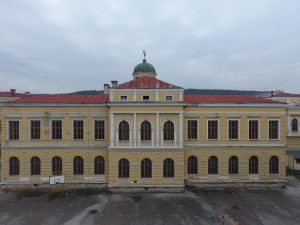 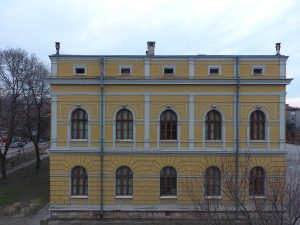 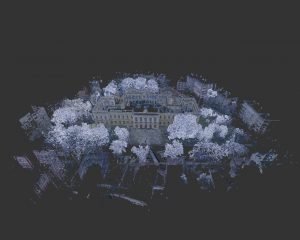 The design of the high school building is by Austrian architect Paul Branck. It offers a reduced model of the Vienna State University building. The construction lasted for 40 months – from September 1, 1892 to December 1895. It is a curious detail that the first school on the Balkan Peninsula started operating in the new school. The first textbook in accounting was created in the high school. During the earthquake of March 4, 1977, the ceiling of the building, the lobby and the teacher’s room were destroyed. The mechanical clock on the roof above the central facade is damaged. The whole school is cracked. The restoration continued until 1984. However, the clock over the central facade only began to work in 2002. The State Trade High School “Dimitar Hadzhivasilev” functions today.

The building has been completely restored and has been declared a cultural monument.

The high school is named after Dimitar Hadzhivasilev (1814-1884) – the man who donated BGN 240 thousand to the town of Svishtov in order to create an economic school. On 06.11.1883 he transferred the amount to the BNB through the mediation of Evlogi Georgiev. Unfortunately, he died on January 7, 1884 and failed to see the fruit of his noble cause.

He is a merchant, renter and philanthropist. It is descended from a handicraft family, which is becoming more and more prominent in the public life of the city.

After the burning of Svishtov in 1810, the family suffered great losses and moved to Romania (Bucharest), where Dimitar was born (circa 1814). He studied at a Romanian school – he studied Bulgarian and Greek.

He inherits his father – trades in precious and luxury leather. In 1841 he married Alexandrina. She is the daughter of Bulgarians also living in Bucharest. She is Romanian and only speaks Romanian. It significantly expands trade activities and establishes business relations with Russia and Western Europe. Around 1852, the sun rose on its street. Romanian chococos, owners of rich and large estates, huge agricultural holdings, are wasting their wealth by living an overly luscious lifestyle. They were forced to sell their properties at insignificant prices. The savvy Dimitar Hadzhivasilev seized the moment and bought some of the Romanian property. Over time, it gives up trading and rents from these properties. Thanks to his enterprising sense of smell, he has accumulated considerable wealth, acquired an enviable financial position and has become one of the most prosperous people in Romania.

In addition to trading, he is also involved in cultural and educational activities.

He is a member of the “Bulgarian Society for Dissemination of Useful Knowledge”. Provides financial assistance to Bulgarian schools in Romania for publishing and distributing books, donating funds to the Romanian Athenaeum Romance Literary Society. Takes 1/4 of the cost of publishing popular books, pays for the cost of sending them to Bulgaria. There is much more that can be written about his contribution, but we will stop here with one sentence.

Throughout his life, he has been a patriot and a zealous defender of Bulgarian culture and education.