The church of Dervent Monastery 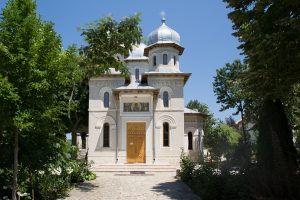 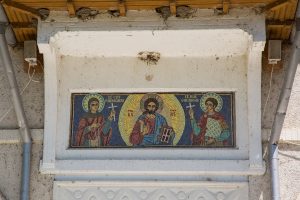 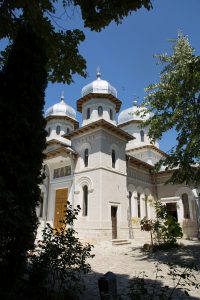 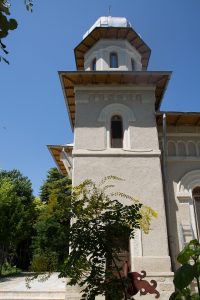 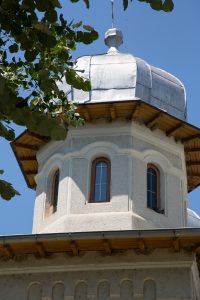 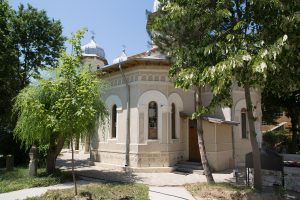 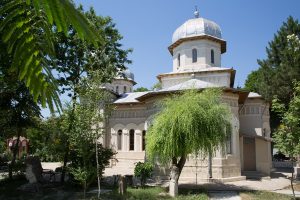 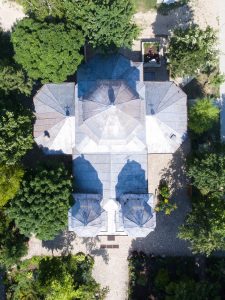 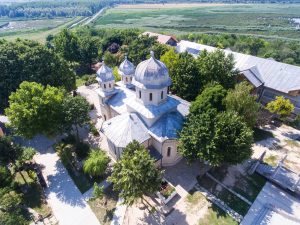 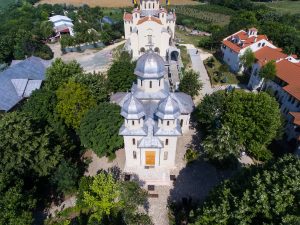 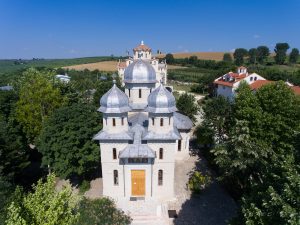 The history of Dervent Monastery, though brief, is loaded by the orthodox Christian spirituality. Here the monastic life was born in the 20th century and increased around four stone crosses, considered to be relics from the time when in Dobrogea, as part of the Roman empire, the Christians were martyred in the first centuries after Jesus Christ. At the end of the 1st millennium, the fortress built on Dervent hill (toponymic from the Turkish language – derbent = ford of passage, defile), was part of the Byzantine Empire together with the fortress on Păcuiul lui Soare island, as a military outpost. In the context created by the Independence War and the fulfillment of national unity, the Dervents Monastery arise on the right bank of the Danube, where the stone crosses, endowed by the legend with beneficial powers are located.
After the first church burned down, Gherontie the bishop of Constanța, lays in 1936 the stone foundation for the new one at Dervent. The real founder of the church and of the monastery will be the father Elefterie Mihail, who puts all his energy and the devotion in his conferred mission. Since 1938 he has become abbot of the monastery. The father Elefterie, baptized Enache, was born in 1900 at Leaskova, a town in southern Bulgaria, near Filipopol (Plovdiv today), in a family of Aromanian merchants. Shortly after, his parents settled on Dobrogea, where he attended the primary and the secondary school. Then, he studied at the Adrianopol School of Medicine, established in 1488, in which students learned about the herbal therapies and prepared themselves for two specialties: bone system diseases, with treatment methods in orthopedics and the eye diseases. Later, Father Elefterie will make the most of this knowledge by offering to people who addressed him not only spiritual advice and but also competent medical care. He became a monk in 1933 and he came at Dervent in 1936, where he remained until 1959 when the monastery was closed due to the atheist communist ideology, but he had the satisfaction, in the last days of his life, in 1990, to see her reviving with the greatest vigor.
Dervent Monastery Church construction started in 1936 and was completed in 1942. Stylistically, the church complied with the Byzantine tradition and presents some decorative details recalled classical sources. The construction, with stone, brick and concrete foundations, highlights an overall plan for the area under the two chapels, separated by the nave inscribed in a rectangular plane. Inside the lateral apses, two oratories with different destinations were created. The oratory of the north side is dedicated to the Holy Cross and the one of the south side is dedicated to Saint George. Both have access from the outside. In the church is an icon of the Virgin Mary „Hodighitria” („The Guide”), worked in a Bulgarian workshop in the 20th century. Endowed with miraculous powers the icon was brought by a family who left Cadrilater in 1940.
Dervent Monastery Church is part of the Recording of Historic buildings and is representative for the time when it was built.