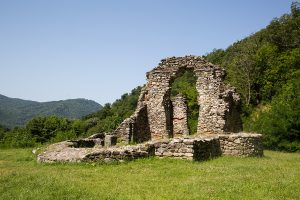 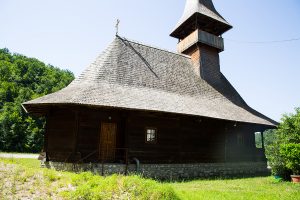 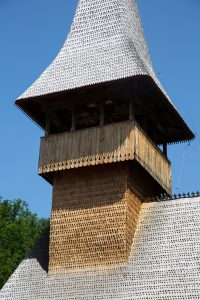 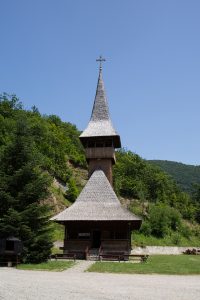 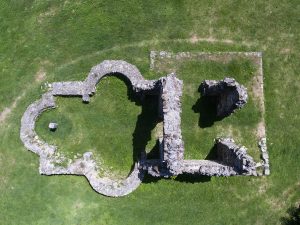 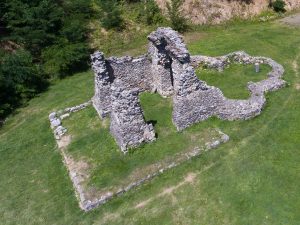 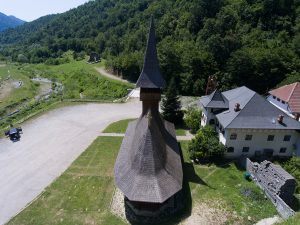 The overlapping vestiges of the old Vodi»õa Monastery, largely covered by the sediments of the centuries, were revealed and studied through the archaeological research undertaken during the 20th century. Conventionally called Vodi»õa I and Vodi»õa II, are located on the Vodi»õa river valley, about 1 km from the Danube River, at V√¢rciorova, Mehedin»õi County. The ruins belong to the monastery organized by Serbian monk Nicodim – later known as Saint Nicodemus from Tismana (1340-1406) – with the approval and the help of Walachia ruler, Vladislav I (aka Vlaicu-VodƒÉ, 1364-c. 1377), in the third quarter of the 14th century. The first royal founding in the Walachia, Vodi»õa Monastery was also the first founding of the Serbian monk on north Danube, where he reorganized the monastic life according to the orders of the Jesuit spirituality from Athos Mount.
The first church, small sized, was built between 1370 and 1374. Following a triconch plan, without a dome on the nave, is being considered the first example of this structural type on our country. Reconstructed in shortly time, perhaps in the first years of the next century, Vodi»õa II is more extensive, with the same triconch plan but with the attached pilasters at the corners of the lateral apses, over which a dome was erected. This constructive system, considered as ‚ÄûSerbian‚Äù, actually derives within a type from Athos Mount and was connected with creations of the architecture school of the Moravian valley in the second half of the 14th century. The existence of Vodi»õa II church continued until the end of the 15th century when it became ruined again. It was rebuilding in the second half of the 17th century by the boyar Cornea BrƒÉiloiu and was permanently left in the first half of the next century.
The mission of Saint Nicodemus from Tismana on the Romanian territories was carried out in the religious and cultural realm. Beside the organisation of the first monastery settlement at the south of Carpathians, Vodita, he founded other monasteries in Oltenia region (1404-1405), he handwrites in Serbian and illustrated with miniatures a Slavonic Evangelical. Probably born in Prilepac, Serbia, near Novo Brdo, from a Valah father and a Serbian mother, he spent some time in the monastic life at Athos Mount, the center of Orthodox spirituality. Returning to Serbia, he started to build monasteries and the tradition attributes the construction of Vratna and Manastirita monasteries, in Craina region. The last one was on the territory of the Vidin Tzar (1356-1396), short duration Bulgarian political-military formation led by Ivan Stracimir. The reasons for the monk passage to the north of Danube were the temporary occupation of the land of Vidin Tzar by Hungarian King Ludwig the Great, followed by a strong catholicisation action.
The abbot from Tismana is also known for his connections with the Bulgarian Patriarch Eftimie of Turnovo (ca. 1320-1402), with whom carried out an interesting correspondence on themes of Jesuit doctrine and practice, partially preserved.
The medieval remains of Vodi»õa have been declared a historical monument of national importance and are a tangible testimony of the religious, artistic and cultural influences that place the middle age history of Romania in a regional context, contributing to the common past shared with neighbouring countries from the south of Danube.