Museum of Art and Ethnography Calafat

HomeMuseum of Art and Ethnography Calafat 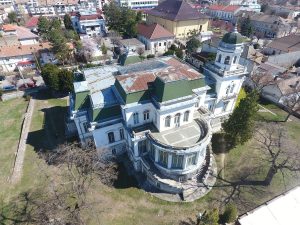 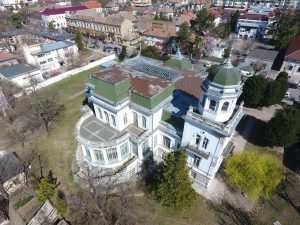 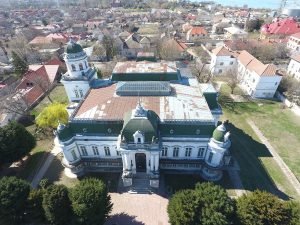 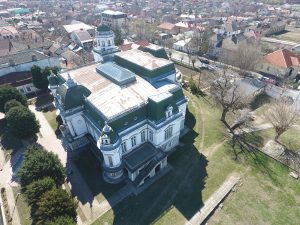 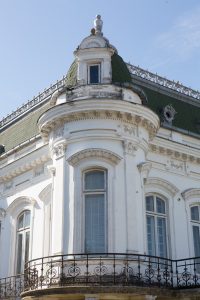 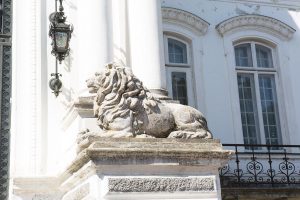 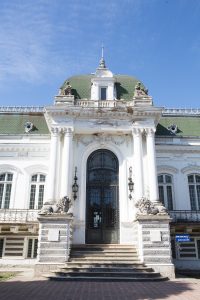 The Museum of Art and Ethnography at Calafat, Dolj County, is currently housed in one of the most representative buildings for the Belle Époque period. Built between 1904 and 1907 as the residence of the great owner Stefan I. Marincu, the future mayor of Calafat (1911-1914), the palace is essentially more than a testimony of a way of life but also a symbolic manifestation of the filial love, able to mobilize philanthropic acts. The history of this monument is closely intertwined with the family drama of the owners.
Ștefan I. Marincu (1858-1914) was the descendant of a Bulgarian family originally from Timoc Valley, and established in the region at Poiana Mare, and whose first representative on Romania was Marinco Țenovici. With a fortune generated by the trade with wool and animals and later on land lease, the family, which had already taken the name of a predecessor, Marincu, invested with foresight in the education of the descendants. Ștefan, Ioniță Marincu son, graduated first the commercial high school in Brașov and then the economic studies in Vienna. By the marriage with Maria Mirica, with whom he settled at Calafat, two daughters were born, but taken from childhood by tuberculosis. The loss of the second child, Marioara, at age of 13, in full swing of her training as a pianist, instrument on which she leaned with talent and passion, was a powerful blow for her parents. Ștefan and Maria Marincu built the palace that bore their name in memory of their prematurely disappeared daughter, and with the same thought, at the end of their life, the edifice was left by testament to the local community with the obligation to be establish there a girls school.
The palace was built by the Italian builder Pietro Adotti following the plans of the French architect Paul Gottereau, in collaboration with the Romanian architect Constantin Rogalski. It shows opulence in the smallest details, from the architectural style, dimensions and materials put into the work to the interior furniture and the precious collections gathered under the flag of the art lover owners. The architectural style is the French-inspired neo-classical, combined with a richness of inside and outside decorative elements.
The property was extended and around the main building they were the dependencies requested by the complexity of the functions of this demesne: the gate-keeper house, the stables and the garage, with the staff rooms at the first floor and the ice house. Landscaping, the greenhouse and the garden with flowers and fruit trees, would complete and highlight the high standard of living at the palace. The carefully treated artistic elements and the high quality materials have been created the pomposity of the interior of the palace: various Italian marbles, gold leaf decorated stuccoes, crystals, Murano glass and mirrors etc. The 50 rooms of the palace, which is an impressive number, carried out on three floors, were distinguished by the thematic decoration, unique to each, or by the colorful walls, two notable examples being the Romanian and the Oriental room. The precious furniture, the tapestries and the carpets (from abroad or traditional from Oltenia region), the bronze and marble busts of Carrara increased the grandeur of this bourgeois residence.