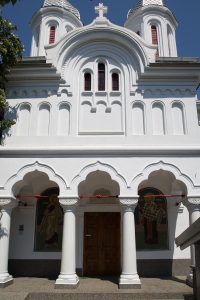 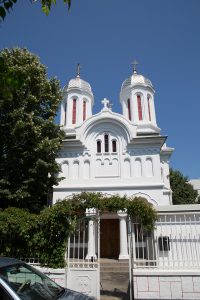 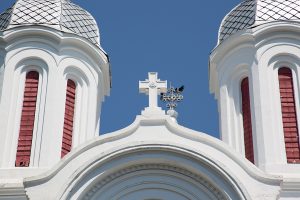 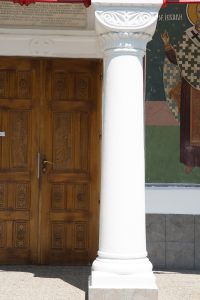 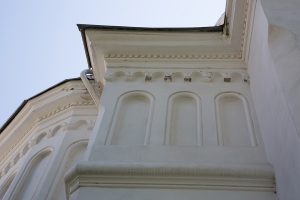 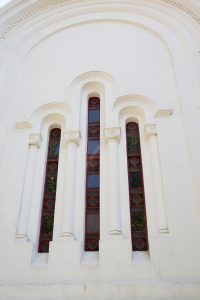 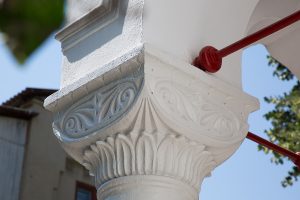 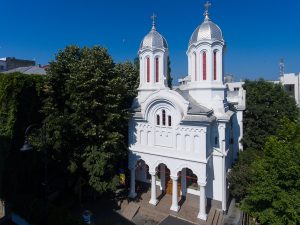 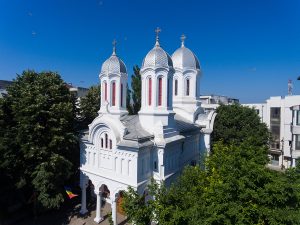 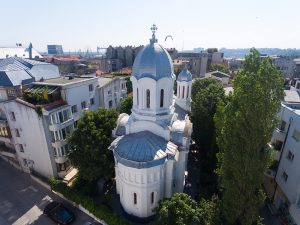 After the Independence War and the incorporation of Dobrogea to Romania in 1878, the Bulgarian Christian population who lived this territory came under the Romanian ecclesiastical jurisdiction. From the beginning, the authorities encouraged the construction of churches and the education for the Bulgarian communities.
At the end of the 19th century, the Bulgarian population from Constanța lived mainly on the southeastern part of the city, near the Turkish district, where they had a church on Maior Șonțu Street, considered at that time „to small and poorly”. In 1879-1880, between the Mayory and the president of the Bulgarian community was a rich correspondence in which the local authority recognized the legitimate request of the ethnic Bulgarians and promised a land to build their church and school, in the perspective of city expansion. Due to some misunderstandings on the land on which the building was to be built, the things dragged on, although in 1895 the Bulgarian colony obtained the authorization for church building. The place chosen by the Bulgarians was the former Turkish cemetery, in the proximity of the city Cathedral and the Lower Danube Bishopric. The lack of canonicity of the location, two churches of the same rite very close each of other, was the motive of the disagreement.
The Bulgarian leaders continued their efforts and in 1898 they communicated the decision to build the church on the old location on Maior Șonțu Street, and for this land they presented the ownership documents. Thus, on 10 of October 1898 the technical service of the Mayory issued the building permit and, according to the archive documents, the building of the Bulgarian church and its painting were completed in 1907. Perhaps the construction of the school was also completed during the same time, because her extension was requested in 1911. Saint Nicholas church was transferred to the Romanian Orthodox Church after the retrocession of Cadrilater in 1940 and the population exchange. On this occasion, the painting was redone and the inscriptions transcribed in Romanian.
The church has a cross plan, with straight lateral apses, slightly protruding, and the altar apse polygonal outside. The portioning of the church is the canonical one, with narthex, pronaos, nave and altar. An intermediate space between the open narthex and the pronaos is surmounted by two symmetrical steeples, slightly smaller than the Jesus Christ dome which crowns the nave. The noticeable stylistic influences on the former Bulgarian church at Constanța derived from the Byzantine and old Romanian ecclesiastical architecture, treated in the specific way of the late 19th century. The trilobate arches from the narthex, the separation of the facades in registers by a middle belt, the succession of niches at the upper part of the facades are included in the repertoire of Romanian elements. The Byzantine elements are highlighted on the lateral apses and at the base of the large dome, by transposing to outside of the forms of the inner covering, and by using with different arches characteristic of the style. The current painting is more recent, realized during Theoctist, Patriarch of Romanian Orthodox Church (1986-2007), which is represented on the west facade of the pronaos, together with Lucian, Archbishop of Tomis (1990-2004).