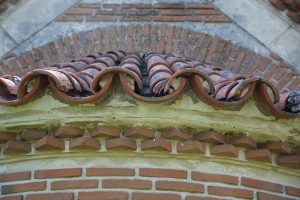 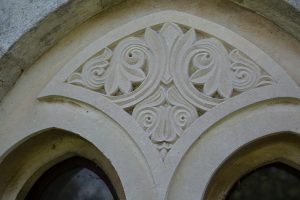 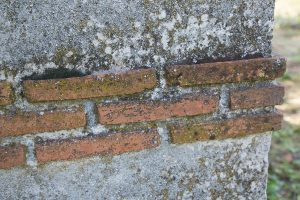 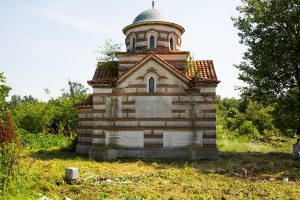 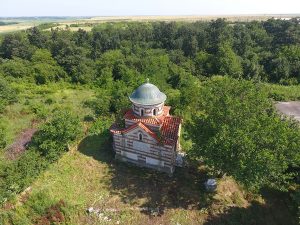 Victor Antonescu figure can not miss among the personalities of the Liberal Party. Diplomat and statesman with remarkable qualities is too little known and almost forgotten today.
Born at Antonești, Teleorman County, Victor Antonescu graduated the law and economics studies at Paris and after his return in Romania he entered to the judiciary. After the political engagement on the Liberal Party, he fulfilled diplomatic missions, as ambassador and several times height public office, as minister of justice, finance and foreign affairs. On Teleorman County he was the owner of a beautiful and picturesque mansion, located at Vitănești on the high terrace of Teleorman River, where he built in 1936, a Mausoleum according to the architectural plans of Stella Maris church from Balcic, offered to Mrs. Eliza Antonescu by Queen Mary of Romania. It is not a church because there is no altar and no services are held and the building was intended to house the remains of the two spouses. The construction depicts the purest Byzantine style, because the original model had been found „in a removed hamlet in Cyprus” and its beauty consists in perfect proportion. The Balcic chapel is built of stone and is dedicated to the Virgin Mary. At Vitănești the masonry craftsmen had the creative inspiration to evoke the wallachian churches from the 16-17th centuries and made an apparent brick wall alternates with plaster. Antonescu family crypt is dedicated to Jesus Christ.
The architectural plasticity fully evokes the Byzantine style with the parallelepiped shape volume of the walls, whose dynamics results first of all from the succession of the four high frontons, with which the facades end, in the middle of which stands, placed on a massive square base, the cylindrical central dome. The semicircular apse of the altar is undersized to the body of the building, but everything indicates symmetry, balance and harmony. The inner light is provided by the narrow windows, completed in a spring arch located exclusively at the upper end of the building. Inside, the space is dominated by the stone sarcophagus, an early work of the sculptor Boris Caragea. All the decoration, bas-relief style, takes place on the walls of the coffin and represents a Roman funeral banquet. On the left and right sides the founders are seated at a table and they dedicated the cup of eternity. On the short sides two groups of bacchantes participate at the feast.
The fresco was executed by Dumitru Bâșcu, a little-known painter, who managed to implement the links with Byzantine art, through iconography and stylistics. On the walls there are some scenes from the Christological cycle. Only those scenes celebrate the Savior’s death provided by the Resurrection: „The Last Supper”, „The Prayer on the Mount of Olives”, „The Crucifixion”, „The Descent from the Cross”, „The Burial”. From the dome, Jesus Christ dominates with the imposing figure and the brightness of the gilded ornaments. From the traditional orthodox repertoire, there are images of apostles, archangels and other saints. „The Virgin of the Lord” on the throne, with the Infant in her arms and a hierarchs suite around her, plays a major role on the altar dome. The votive painting expressed through an easy understandably symbolism, the real circumstances that allowed the funerary monument to be built.
Viewed from the perspective of fine arts, the fresco of Vitănești monument exhibits a new-Byzantine artistic language, ascending to Art Noveau and adapted for the funerary function and to the Byzantine architecture style.